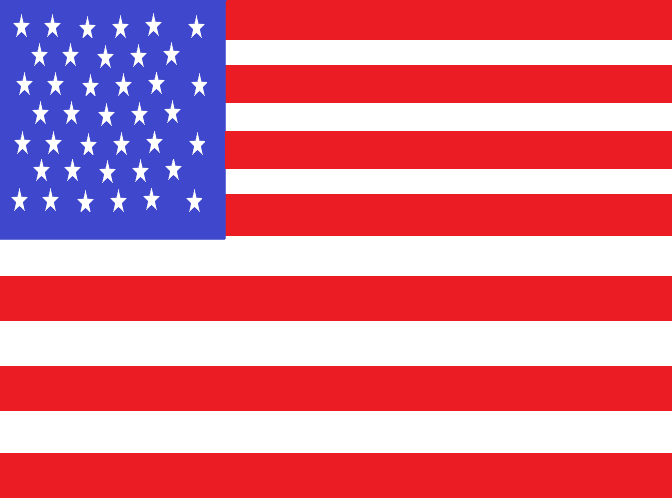 June – July 1767: Townsand Act – Parliament passed a tax on goods imported from Great Britain. It was enacted in an attempt by Parliament to assert its authority over the colonies.

March 1770: The Boston Massacre – A disagreement between an apprentice wigmaker and a British soldier led to the gathering of 200 colonists surrounding seven British Troops. The Americans started taunting the troops and throwing things at them. It is believed that the soldiers panicked and began firing into the crowd. Three men died, and two were mortally wounded. The colonists used the massacre to gather support opposing the British. Paul Revere created an engraving depicting the British as the aggressors.

December 1773: The Boston Tea Party – The British had repealed most of the Townsand Acts. One exception was the Tax on Tea. Then in 1773, the British enacted the Tea Act. It allowed the British East India Company to undercut American merchants. The colonists did not like being forced to purchase Tea from Britain. The Sons of Liberty, disguised as Mohawks, boarded three ships in the Boston harbor and destroyed more than 92000 pounds of British Tea by dumping it into the harbor.

March -June 1774: The Coercive Acts –  Enacted to tame the rebellious colonists in Massachusetts in response to the Boston Tea Party. Parliament passed a series of laws that closed Boston Harbor until restitution was paid for the Tea. It also replaced the colony’s elected council with one appointed by the British. They forbade town meetings without approval. Possibly the most provocative provision was the Quartering Act. It allowed military officials to demand accommodations for the British troops in unoccupied houses and buildings.

The Start of the American Revolution

April 19, 1775: The shot heard round the world – British General Thomas Gage led a force of British Soldiers from Boston to Lexington to capture Sam Adams and John Hancock. Then they were to go to Concord to seize their Gunpowder. American Spies discovered the plan. They devised a plan utilizing riders such as Paul Revere to spread the word to be ready for the British. 77 American militiamen confronted the British force. Seven Americans died. Other militiamen stopped the British at Concord and forced their retreat back to Boston. The British lost 73 men, another 174 were wounded, and 26 were missing in action.

April 18, 1775: The ride of Paul Revere warning the British were coming

June 7, 1776:  Richard Henry Lee prosed the bill for independence to the Second Continental Congress. John Adams seconded the proposal. In the proposal, Lee had declared, “ That these United Colonies are, and of right out to be, free and independent states.”  Congress delayed the vote for approval until they reconvened on July 1, 1776.

June 11, 1776: A committee of five was appointed to draft a formal statement for the colonies. The committee included John Adams, Benjamin Franklin, Robert R Livingston, Roger Sherman and Thomas Jefferson. Thomas Jefferson wrote the initial draft; there were 86 edits to it by the time it was approved. The Preamble remained in its original form.

“We hold these truths to be self-evident, that all men are created equal, that they are endowed by their Creator with certain unalienable Rights, that among these are Life, Liberty and the pursuit of Happiness.”

July 2, 1776: The Second Continental Congress voted to adopt the declaration. Only nine of the thirteen colonies voted in favor. New York abstained because it had not received word from Albany on how to proceed. Pennsylvania and South Caroline voted no, Deleware was undecided, and New York Abstained.

July 4, 1776: The newly adopted Declaration of Independence was delivered to John Dunlap, who printed hundreds of copies for distribution on July 5. The War had started over a year earlier in Lexington and Concord. It was almost a Month before King George received a copy.

August 2, 1776: The Declaration of Independence was signed. Although it was adopted on July 4, 1776, it was not signed until August because it took two weeks to be written in clear handwriting on parchment. Also, the New York Delegates did not receive authorization to sign until July 9, 1776.

There are 56 signers of the Declaration of Independence. Most of them were born in the colonies; Eight were born in Britain. After being captured by British Soldiers a few months after signing, Richard Stockton of New Jersey became the only signer to recant his signature. Mathew Thorton of New Hampshire was the last to sign on November 4, 1776. Robert Livingston of New York never signed; although he was on the committee that wrote the Declaration of Independence, he felt it was too soon to declare Independence from Brittain.

Of the 56 Signers, Four were taken captive during the War. Most of the signers were men of means with a lot to lose, and they did just that. The ages of the signers ranged from 26 (Edward Rutledge)  to 70 (Benjamin Franklin.)

Events leading up to the Signing

The Shot Heard Round the World

If you haven’t read this in a while, I highly recommend reading Henry Wadsworth Longfellow’s Poem Paul Reviers Ride.

Miss panda relaxing in her chair at home

Panda and Her Friends

If you would like to show off your four-legged friend send me a picture. All Pictures must represent good dog ownership and treatment. If you send a picture and decide you do not want it on the site let me know and I will remove it.

Panda is training as a Service Dog. Click the link below to learn about the updated requirements for service dogs.